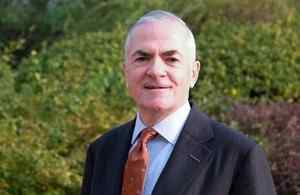 Chaired by Court Assistant Jordan Buck, Chairman of the Events Committee this panel discussion examined the current global trade environment and its implications for geopolitics, covering the UK's post-Brexit trade negotiations, the US trend towards isolationism, Chinese tariffs and trade pacts, and free trade in the EU.

Speakers were Richard Burn, Her Majesty's Trade Commissioner for Europe, and WCIB Liveryman John Ryan. Richard previously served as Her Majesty's Trade Commissioner for China. He was once an advisor to British Prime Minister Sir Edward Heath, before founding the public affairs company Batey Burn Ltd in China, which went on to become part of APCO Worldwide. He later became corporate relations director for Diageo in the Asia-Pacific region.

Professor John Ryan is a Fellow at LSE IDEAS at the London School of Economics and Political Science and a Network Research Fellow at CESifo, Munich, Germany and is a Senior Partner at a consultancy which advises private and public sector organisations on Brexit.