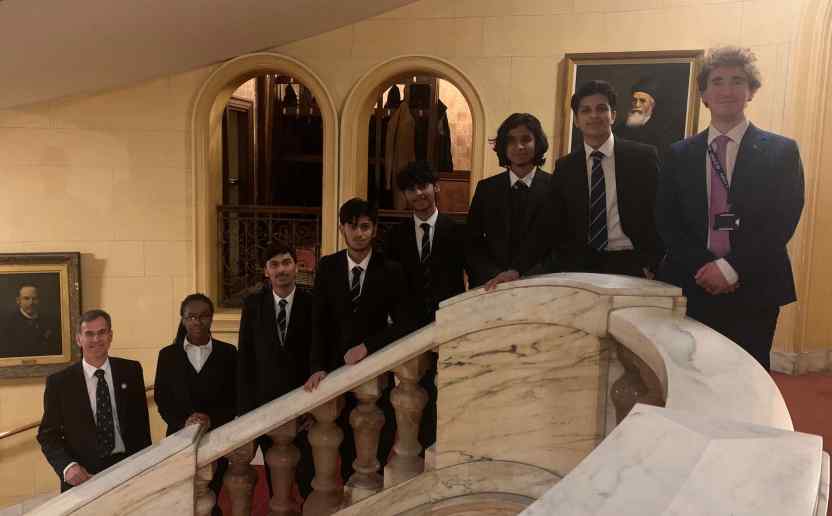 The Sheriffs’ Challenge, instigated by Past Master Sir Peter Estlin, is an annual competition for teams of sixth form students to present their argument on a topic selected by the event organisers.  This year the topic was “Should the purpose of the City of London go beyond creating wealth and jobs?”  Livery companies are asked to sponsor up to two schools, and to provide mentoring for their sponsored schools during the preparation of the case.  This year, 17 schools entered and WCIB sponsored two schools – King Solomon Academy and Newham Collegiate Sixth Form Centre (NCS).

In each of the three heats, the cases were all well argued and, as would be expected, with a variety of conclusions and presentation styles.  The winners of each heat progress to the final to be held at the Old Bailey on March 9th, where teams will present to, and be questioned by, the two Sheriffs and Old Bailey judges.  We are delighted that one of our sponsored teams, NCS (@ncs6th), won the third heat.  Congratulations to the team on an impressive performance based on considerable research, interview and presentation practice.

In the words of the lead teacher at NCS, James Bounds, “It is a wonderful format and the students have learnt so much about team work, leadership, project management and public speaking. It's also been a great way for them to develop both the self-confidence and commercial awareness - they now have a much more nuanced understanding of the City of London and the relationships between the different stakeholders. Often our students' poor commercial awareness can hold them back in interviews or assessment centre activities when applying for internships and apprenticeships, so this is a great way of addressing that gap”.