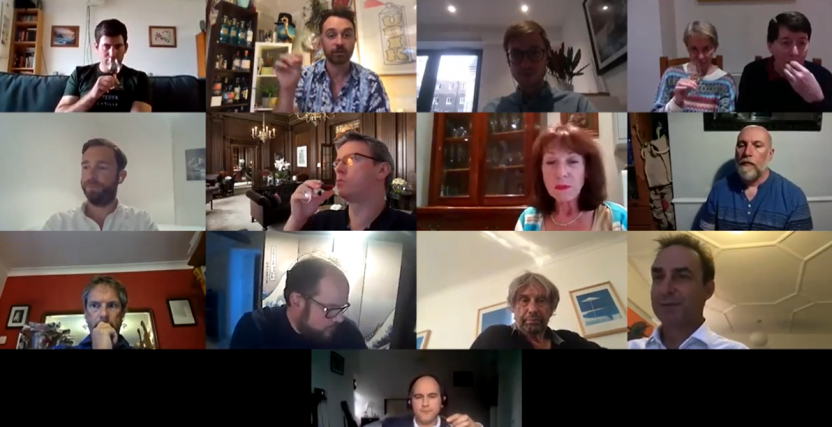 The Virtual Rum Tasting event held on the 27th of August was hosted by the Whisky Exchange and the person talking us through the tasting experience was Mitch Wilson the Black Tot Rum Global Brand Ambassador from Elixir Distillers. The tasting took us the origins of rum, how it is made and the differences in production methods in the main rum producing countries. The sample set that we used for the tasting ( https://www.thewhiskyexchange.com/p/55471/four-pillars-of-rum-tasting-set-whisky-show-5x3cl ) contained rums from Jamaica, Guyana, Barbados and Trinidad & Tobago, as well as a blend from two of those countries. We were also taken on a tour of the history of rum in relation to the Navy and the British Empire and how the daily rum ration and British taxes in the Americas changed and influenced the types of rums that we have today.

Overall the event was a thoroughly enjoyable mix of education and pleasure as we learnt about each of the 5 delicious rums while we sampled them, and will definitely lead to being much more adventurous in trying different rums in the future.

For those that would like to know more Mitch has put together a detailed guide on the process of Rum production on the Black Tot website; https://blacktot.com/how-is-rum-made/

Thanks to Liveryman Chris Sanders