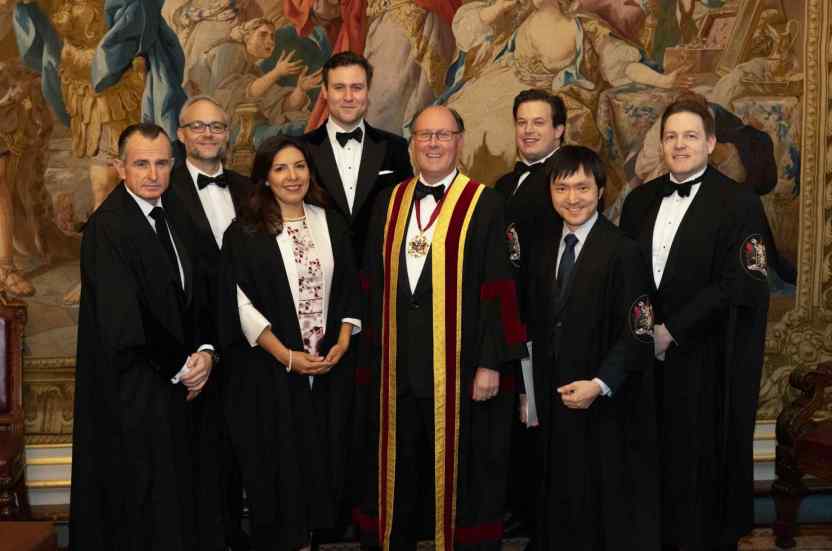 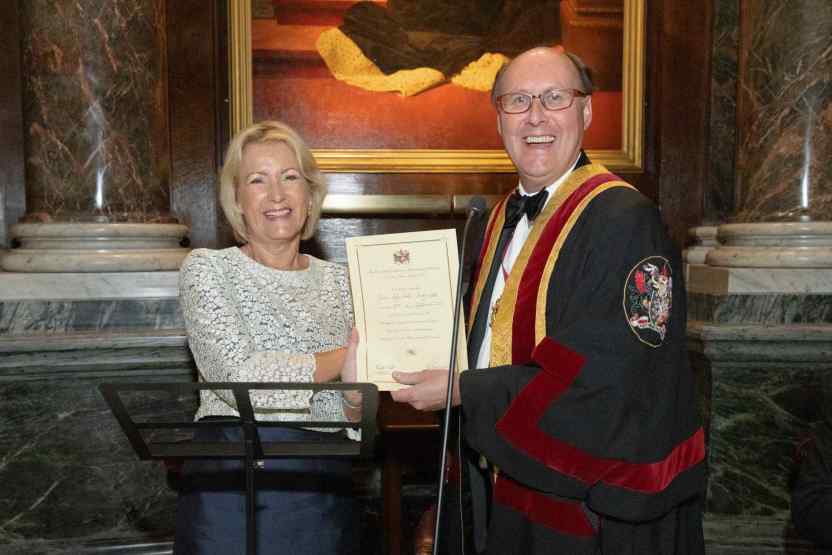 The Company held Common Hall for Liverymen on 30th September 2021 at Drapers' Hall immediately after a meeting of the Court.  At Common Hall 7 new Liverymen made their Declarations and were Clothed in the Company's livery.  In the picture of the new Liverymen with the Master are (l-r) David Blanc, Ken Refshauge, Diana Spicer, Daniel Yates, Rafael Steinmetz Leffa, Weiyen Hung, Jonathon Read.

After the ceremony the new Liverymen joined 180 other guests at the Company's annual Installation Court Dinner.  The guest speaker this year was Dame Elizabeth Corley, DBE and the Master awarded her the Honorary Freedom of the Company in recognition of her contribution to the profession of financial services.