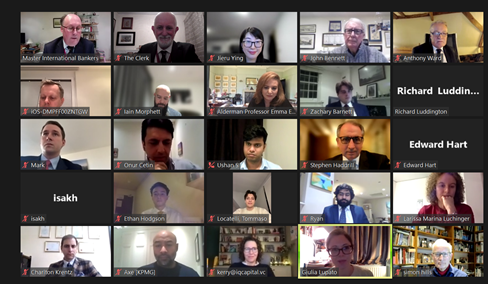 The Master, Robert Merrett, held a Freedom Ceremony on 18th January 2022 at which 21 new Freemen of the Company made their Freedom Declarations and pledged to uphold the Lord George Principles for Good Business Conduct After making their Declarations the Master welcomed the new Freemen and invited each of them to say a little about themselves.  The new Freemen were also welcomed by the Master elect, John Bennett MBE, and other members of the Court of the Company.

The new Freemen who made their Declarations on 18th January are: